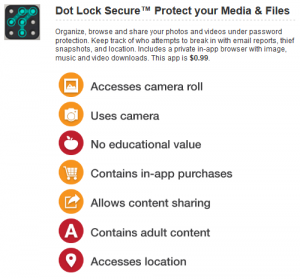 Screen capture of an email notification of a new app added to a phone.

A few years ago, my husband and I had provided our son with a simple phone with few features but he never took it with him. He was always taking my older model iPhone that he was using as an iPod Touch (without cellular service).

It never left his side except for school when it was in his locker and at night when we would require him to surrender it to our possession. One day I finally activated it with cellular service and told him he could use it as his phone (but I still owned the phone). For a brief period of time, it was great. He responded to calls and text messages with the ease of an experienced techno geek.

Soon the “time wasters” began infiltrating the home. He was constantly playing games, watching YouTube videos, communicating with friends, etc. Previously, when it was just an iPod, I could take the device away at any time restricting his use and turning off the “time wasters” at the source of the Internet to our home.

For details on how to control Internet access at the router, please see the article “Open DNS: the Holy Grail for home Internet safety”

Now I use AppCertain to put his phone in “curfew mode” whenever I need a little parental help encouraging the use of other non-phone activities like homework, playing outside, doing chores and the like.

Curfew mode is a new feature with the app vendor that I’m sure will catch on like wildfire since parents have been asking for this feature for years. 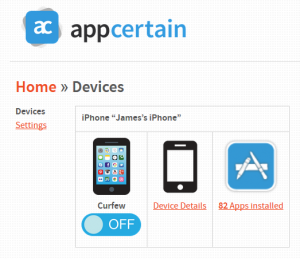 It isn’t 100 percent foolproof, there are some settings that your kid could remove, but at least you’ll get an email alert when they do it. However, the app itself used for the configuration can be deleted after it is setup.

Simple directions are to do the following: