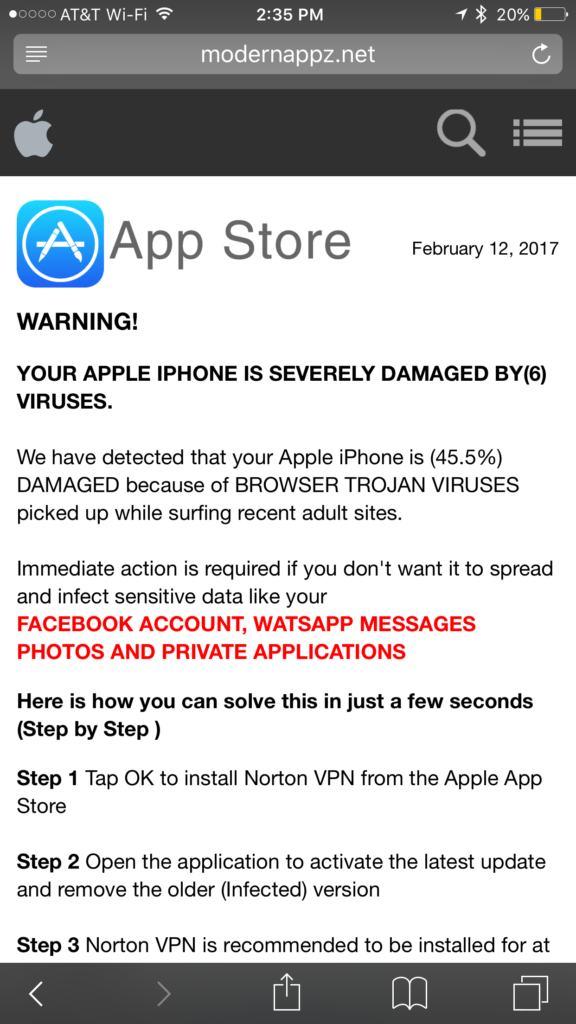 I received a call from my mother today asking about a warning she received on her iPhone referencing six viruses. It was obviously a ruse and I told her to ignore it. Later in the day, I received the same alert, a pop up ad of sorts. It warned me that my phone was 45.5 percent damaged due to browser Trojan viruses. The advertisement meant to look like a phone alert then said for me to install Norton VPN (virtual private network).

There are so many things wrong with this ad. First, it’s scaring you into installing the software. Second, the software they’re recommending you install will not remove the six viruses it said you had in the first place. All the software will do is provide you with protected connectivity while using public Wi-Fi. While a good security measure to install a VPN while connected to public Wi-Fi, it’s going to do nothing about what the original advertisement states.

However, the path to Norton’s site might have been the issue at hand where your query was hijacked. To that end, one must always be careful on what we click.